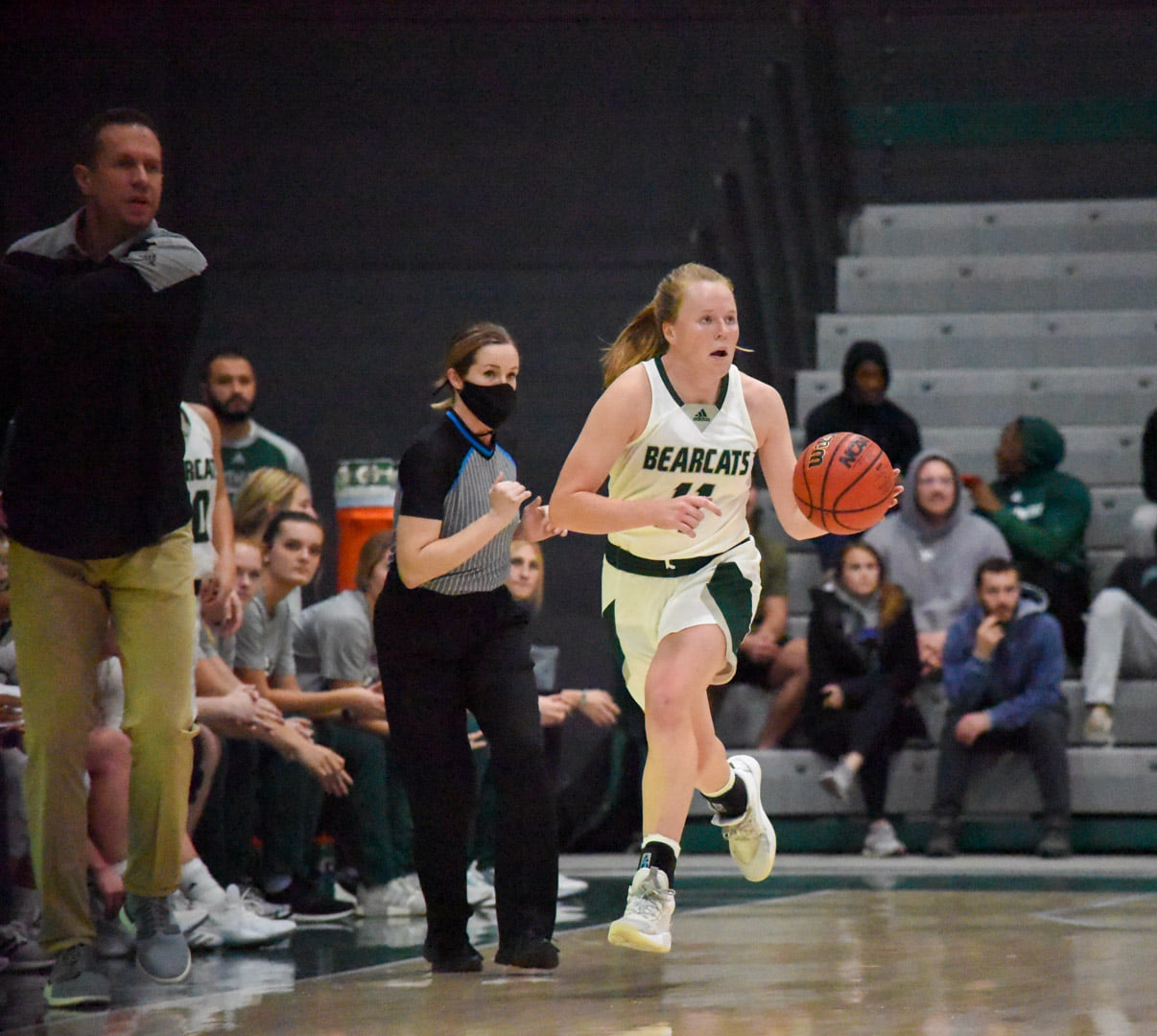 Northwest Missouri State used an 11-0 run that spanned from late in the first half to the opening minutes of the second half to pull away from Missouri S&T Monday night in a 68-48 win.

The Bearcats (2-1) came out firing, hitting 10-16 from the field in the first quarter to open a 23-21 lead. The Miners briefly took the lead at 24-23 early in the second, but back-to-back buckets from Jayna Green and Evelyn Vazquez put Northwest on top.

S&T climbed within one point of Northwest, trailing 30-29 with 3:45 to play in the first half. The 'Cats scored the final eight points of the quarter, including a three by Jillian Fleming with two seconds remaining, to take a 38-29 lead into halftime.

Paityn Rau opened the third quarter with a layup plus the free throw following a Miner foul to put Northwest on top by double-digits. S&T never got closer than 10 points the rest of the way.

The Bearcats will play Rockhurst in Topeka, KS Friday at 1pm for the Washburn Thanksgiving Classic. Pregame on KXCV 90.5 and KRNW 88.9 begins at 12:30pm.