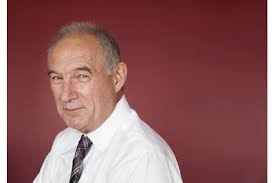 A Fortune 50 executive and disability advocate will be in Maryville Thursday.

Randy Lewis will speak at a conference in the afternoon organized by Lettuce Dream, Employment First Missouri and Rolling Hills Creative Living at the Mozingo Lake Conference.

On Thursday night, Lewis will give the Ploghoft Diversity Lecture at the Ron Houston Center for the Performing Arts on the Northwest Missouri State campus. Lewis led Walgreen's logistics division for 16 years and says he was inspired to hire people with disabilities after raising a son with Autism.

"We were getting ready to plan some new centers and we said let's give this a try.  We asked for volunteers who had worked with a person with a disability.  And we would bring folks in that never really had a steady job and our volunteer team members would mentor them.  They turned out to be successful and these are people who would have never gotten through our normal screening."

Lewis says there's one main message he hopes people take from his stay in Maryville Thursday.

"People can make a difference!  Everybody wants to have a full life and this is something that we can do.  When we do things for each other, we can really make a difference.  Especially students as they are sitting there at a time in their lives when they're most idealistic and also maybe thinking about their future to realize that it's only the people who decide to pick up the yolk to move the world forward even it it's a millimeter.  That's what changes the world."

Disability advocate Randy Lewis's Ploghoft Diversity Lecture is Thursday night at 7 o'clock at the Ron Houston Center for the Performing Arts on the Northwest campus.

For the Morning Conversation with Randy Lewis, click below: