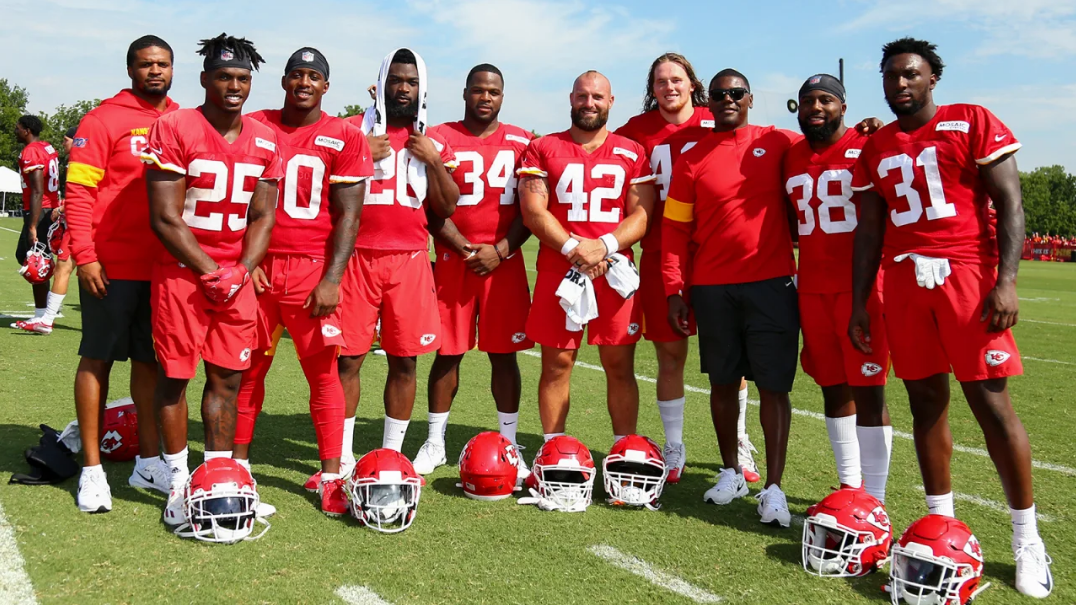 Josh Caldwell, third from left, is pictured with the Chiefs running back group. (Photo by Austin Perryman, Kansas City Chiefs)

Former Northwest Missouri State running back Josh Caldwell grew up just about 20 minutes away from Arrowhead Stadium in Kansas City, and carried the dream of an NFL career as a Chief with him.

Caldwell joined the Chiefs in the off-season as an undrafted free agent, and is now battling for a spot on the team in a crowded running back room.

He spent his first three college seasons at Missouri Western before completing his career at Northwest with an MIAA championship. During that time, he picked up 3,741 rush yards and 35 touchdowns.

KXCV-KRNW caught up with the former Bearcat at Chiefs Training Camp Tuesday afternoon. Full audio from Caldwell's interview is available above.

Caldwell's first chance to suit up and play at Arrowhead Stadium will be August 10 – Kansas City's first preseason game against the Cincinnati Bengals.